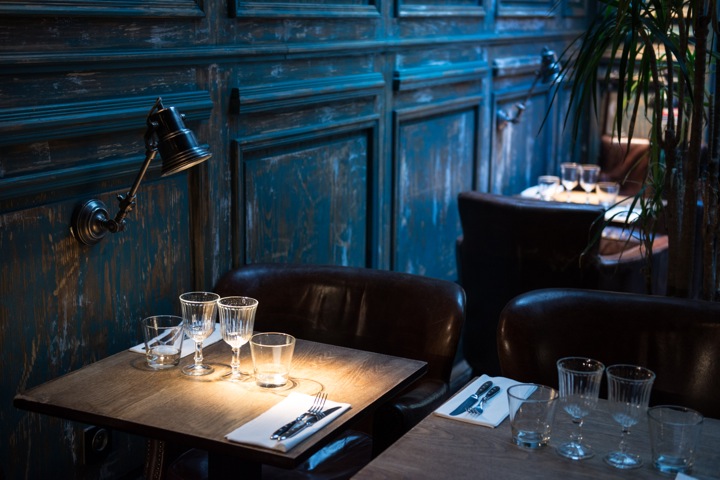 Mesh whistled a tune as he wheeled the can out to the alley behind the restaurant. He hoisted the bag of slop and slung it over into the dumpster. It landed with a thud and he started back inside.

She blew a cloud of smoke into the chilly night sky. “Yeah, I’m’ just…yeah.”

Mesh wiped his hands. He nodded and started for the door.

He nearly ran into the cart. “Yeah, I’m not sure why we’re open.”

“Well, I’d rather be here than home. Paul, my mom’s idiot boyfriend is over for dinner, so, yeah…”

Mesh nodded. Her phone dinged in her hand. She held a cigarette in the other, poised and leaking smoke. She looked at the cart, at him. “Sorry, I should be helping, huh?”

Mesh shrugged. He was good at shrugging, it was his way of saying, “I don’t mind.” He never minded working with Brooke, even if his father didn’t like it. He thought she was a distraction. His father was right.

She looked up from the phone. “Does your family do Thanksgiving? I mean, do you celebrate it, or…?”

“We do, but, my father is with my sister. They are visiting my grandmother.”

She nodded. Mesh fiddled with his apron. Brooke shook her head, pulled a drag of her smoke. “And we’re stuck here.”

Mesh thought things could be worse. He also thought Crayola should conduct a study on her eyes. He thought when she smiled—her real smile—he could tell exactly what she’d looked as a child blowing out a birthday cake. Mesh often wondered—when she breezed past him—if her hair, which he could smell over the smoke, the exhaust vent, and the slop leaking from the dumpster, had been washed with chemicals that gave his heart an allergic reaction. How else could he explain what it was doing now, running off without him, leaving his breaths short and his chest flushed with panic?

She tilted her head, the little girl smile giving way to something more sinister. “What are you thinking, Mesh?”

“Huh? Oh, I…” Mesh looked at the door. He should get back. There were still two tables inside, Brooke’s customers. He’d only wanted to take out the trash. Not true, really, he’d wanted to see Brooke, for her to see him. They only saw each other at the store. Near sinks and dumpsters. Never at school. At school he was invisible.

“I’m not thinking anything,” he said, eyes darting, finding anyplace to land other than the brutal confidence of her gaze.

“Well,” she said, stubbing out the cigarette. “I think that you think too much, Mesh.”

Maybe she was right. He blurted out what was on his mind. “Are you hungry?”

The last of the four customers paid and made one last joke about Thanksgiving in India. When they were gone, Brooke sat on the counter, something Mesh’s father was strict about, her feet kicking while she texted.

Mesh went to work, prepping the boneless butter chicken—what he knew to be her favorite dish—topped with his father’s tomato creams sauce. On the side he made basmati rice, and mixed some greens with onions, cucumber and herbs.

He wiped his brow with his forearm. He ducked out of his apron. When he glanced over, he found Brooke watching him, her ocean blues wide and rapt, the phone abandoned and dark. Mesh laughed for no reason. “Shouldn’t be much longer.”

The dining room was dimly lit, with the low dinner music still thrumming in the background. Mesh knew his father expected him to follow the schedule. Every night was a ritual. He looked at the clock. At this very moment Brooke should be vacuuming. He should’ve been washing pots. With this in mind he flipped on the overhead lights.

They took a back table. Brooke set the dishes and Mesh brought out the food. Taking her seat, Brooke swept her back her hair and licked her lips. “This is nice.”

Mesh shrugged. Brooke dished out food while she talked about her friends and their school and even how Paul had made a pass at her. Mesh could only listen and shrug and pick at the dinner, eyeing the front door, thinking how they were locked off from the world and its rules. He pushed away thoughts of tomorrow, when his father would return and watch him. Or Monday, at school, when Brooke would walk past him again. Instead, he focused on the way she closed her eyes with each bite, and how when she opened them, she saw him and smiled like a little girl whose wish had come true.