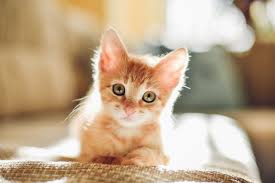 Gary arrived two minutes early for his interview and took the only seat available in the stuffy warm lobby at Vita-Life Insurance. His nose twitched and his eyes watered. He only half turned to the lady seated next to him but it was enough. She was a cat lady. Gary could smell it on her clothes and lurking beneath the tangy perfume. Perfume that did little to cover the smoker stench that did little to hide the fact that she kept a box of cat feces in her home.

Gary closed his eyes and practiced the breathing techniques he’d picked up at his anger management classes. But the deep breaths only ushered in the cat smells and closing his eyes only conjured images of the incestuous creatures crawling all over the woman, kneading with urine-stained paws and licking her arms and face as she hummed a showtune. Why was she humming? How was he supposed to focus?

Now she was smiling at him. Gary nearly vomited. He pulled out his phone to make a call when she asked about his day. Gary clenched his jaw. She was prying into his personal life with her kneading little cat claws. More deep breaths.

Sure, cats spoke to Gary, as well. But he knew better than to speak back to them. When he was four an orange cat had bit him on the nose so that he would release its tail. Gary still had the scar, and he kept one of those Exxon cat tails dangling from his rearview mirror to remind him of what derailed his life. But now he was afraid this lady knew. That maybe she could read cat scars like hieroglyphic messages. Maybe they told her that when Gary drove he swerved to hit cats, not miss them whenever they had the misfortune to go skittering across his path.

He wiped his brow. He stood and wobbled over to the security desk to ask about the bathroom. Great. They too could tell he ran over cats. He rushed to the stall and vomited.

The cat lady was still there when he returned. And she was still covered in fur. White fur, black fur, orange fur. She was a mess of calico, without a wedding ring, and far too old for options outside the feline persuasion. What was she doing there, at an insurance company trying to get a job? Gary almost left. But then he’d have to tell Jamar, his parole officer. Besides, why should he be the one to leave? Gary thought there should be a sign. One that read: NO CAT LADIES ALLOWED.

Oh, but wouldn’t that just spark some national outcry. Gary shifted in his chair, clenching, getting agitated, turning slightly so that she wasn’t reading his scar. He had to get this job, Jamar kept bugging him about his employment.

The door opened. A man and a woman appeared. “Gary Alderman?”

Gary stood. He wiped at his jacket. He was happy to be free from the smelly cat woman, even if he was trembling with nerves. No matter, he would go into the interview room and wow them with his charm and charisma.

He took a full breath, when the cat lady touched his arm. “Good luck to you, Gary.”

She knew his name. And she’d touched him with her hairy cat arms. Gary nearly screamed. He felt a quiver. The scar on his nose tingled. His stomach folded and he tried to swallow a gag that quickly morphed into a sneeze. This was no good. His throat twitched and he knew.

He was going to snomit.

“Gary?” The interviewers stepped closer. Gary waved his arms frantically. He tried to warn them to step back. He tried to shield them, to hold it, to stop himself from blowing it all out. But it was no use. Gary exploded.

And the cat lady got the job.