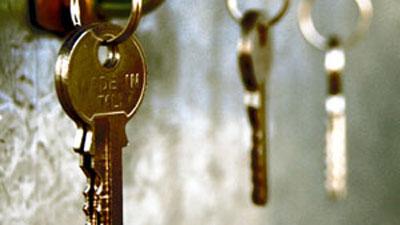 *This is my 100th story posted here at LunchBreak Fiction!

I’m deep in the tunnels of Vita-Life when I hear the alarm. Another walk through, I’m supposing. What do I care? Just yesterday I walked out of the Aldridge Room with a fancy notebook explaining my severance package. Seems there’s no need for three facilities guys anymore. And so the old man gets the ax.

Budget cuts. Yet the training rooms are full of kids with sagging skinny jeans who seem physically incapable of placing a package in a microwave and paying attention for three freaking minutes to be sure things turn out all right. But out of the tunnel, it’s not burned popcorn I’m smelling. Smoke. People fussing and scampering for the doors like the place is going to blow. Guys running like girls, girls running like guys who run like girls because who even can keep up anymore.

I look around. It’s chaos. For all that talk of teamwork and synergy and delivery pipelines, it all comes down to primal instinct. Get the hell out of there. But through it all I hear a scream that snaps me cold. Because it’s precisely the one I’ve been hearing in my nightmares.

In the break room, I make out a body on the floor. I crouch and my knees remind me who’s in charge here. But it’s Justine Woodruff, from LTC, crumpled in the corner, unconscious. I plunge ahead, using my sleeve to cover my nose. I make a point to keep my eyes down. Out of the smoke and away from how her skirt is riding up on her legs. All I’m saying is that I keep my eyes down.

She’s groggy. A quick scan shows that it looks like it happened where Tommy Dunce—the kid I’m training to do my job—installed the fancy new coffee maker. And I’m the one getting canned.

I scoop up Justine. I see it’s not a fancy watch on her wrist but an epilepsy bracelet. Justine is fit from all that yoga garbage she’s always doing, but she’s a hell of a lot heavier than she looks. Or maybe I’ve just become a weak old man who starts daydreaming in the middle of a raging fire. I need to hurry.

Out of the breakroom and her head is rolling around in my arms. We’ve spoken a few times, when I fixed the treadmill in the gym. She’s about ten years younger than me, a hell of a lot better looking, and probably likes men who drink wine. Justine always looks put together, least when she’s not groaning into my chest. She was so nice that day though, even had me thinking of asking her out until I got to the bathroom and saw myself in the mirror. A woman’s smile can start a lot of hoping.

Alarms all over the place. Part of me only wants to make it out so that I can watch this place burn proper. I take the shortest route through the thickest of smoke. Damn place is burning up quick. Justine’s shaking her head, panicking. I start humming to her, The Lovin’ Spoonful’s Do You Believe in Magic. It’s the first thing that hops in my head. Seems to work.

My back is making threats. Then the sprinklers hit and it’s the Mekong Delta all over again. By now the lyrics have come to me, and I’m singing and wet and Justine’s white blouse is nearly soaked through but I’m telling you again I ain’t that guy.

My lungs burn, but I see the door. Justine’s not looking too good, struggling and she might need some help. I can hear the sirens now, out in the parking lot. But that’s about fifty feet between me and the door. One knee buckles so I drag it along.

I hit daylight. Fall to my knees but keep Justine’s head in my palm. The EMT’S rush in and take her. I remember making sure they’ve got her. That’s how my last day of work ends.

A few weeks later I’m out in the garden. Do You Believe in Magic on the radio. In a car. Justine’s Honda pulling up to the curb. My knees beg for mercy.

She shields the sunlight with her hands. She thanks me for getting her out of the fire. I shrug, mumble, and try to fix my hair because it’s been a long time since I had a woman at the house. Justine says she’d like to repay me. Wants to take me out to dinner. That smile playing with my hope again, I nod and say that would be fine. Her smile widens.

She shrugs. That bracelet catching the sun. “Unless you got a job to get to.”

I like a woman with a sense of humor. And nice legs–not that I’m looking–but that helps too.