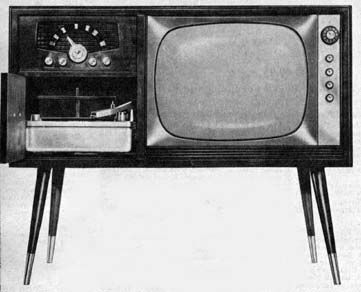 I grew up privileged. An only child in a fancy house with a view of the ocean. I roamed its halls, and imagined its many tidy rooms filled with brothers and sisters.

Dot was always there, anticipating my needs. She always knew what I wanted to eat before my stomach grumbled. She tucked me in at night. She wove stories and tales until my eyes grew heavy. She told me my father loved me very much.

Privilege couldn’t protect me from the truth. I was hardly out of diapers when I became aware that my dad was a big TV star, that his sitcom was viewed in millions of homes. Dot would sometimes roll the TV out and we’d his show together. Until one day I started crying and couldn’t be consoled. After that she stopped bringing in the television.

I hated sharing him with millions of other kids. Seeing him on the talk shows and hearing on the news how all those kids looked up to him. “America’s Favorite Dad,” he was tapped in the magazines. Even as my mother slipped deeper into her dark corner of the house.

As I grew older and more accustomed to the role, Dot would try to remind me how lucky I was. She convinced me to put on a good face and smile for the cameras. I held Dad’s hand in public, trying my best to keep with his long, confident strides. Airports and trains stations were stages, as flashes popped and photographers sometimes had us board a vessel two or three times to get the right shot. Once onboard, we were allowed our separate cabins.

On one of our vacations I realized I hardly knew him at all. That the man on television smiled and laughed and always gave worthy advice. The one at home was short-tempered and snapped at me. He smelled of brandy, smoked cigars, and more than once called me Randy—the name of his onscreen son. My mother seemed unaware of either of us, content to hide behind sunglasses and fight the day off with prescription pills and vodka.

I found myself missing Dot on those trips, how we played Go Fish while she cooked, listening to Motown records as I tried to soak up her instructions on how to ask a girl to a dance. I more looked forward to getting home to Dot than I ever did flying off to exotic beaches with my parents.

Dad’s show began to fizzle in year eight. The cutesy kids were pimply teenagers by then, and the rumors of Dad’s sordid affairs, although tolerated by mother, had zapped his appeal. Besides, Dad looked tired. He was entering his fifties then, and no longer handsome but arthritic and balding. As the decade shed its innocence, and gave way to war and strife in the inner cities, ratings plummeted.

I chose my colleges carefully, choosing to go east where I hoped not to be recognized by my last name or associated with “America’s Favorite Dad.” I made new friends. We protested the war. I marched for civil rights and nearly dropped out of school because it all seemed so futile in comparison to what was happening. Dad disapproved. He made threats. I rarely came home, even on holidays. Then Dot died.

They’d downsized. A condo in the suburbs. Garages and golf. Dad was sixty but hunched over and wilted. He looked eighty.

He mixed a drink and turned, his confident stride now a halted shuffle. His eyes had dimmed, but he was still acting. He shook my hand—we’d never once hugged in private—forceful and determined. Yes, Dad was still on the set. Even now, in his twilight.

We sat. Mom wasn’t feeling well. He started in about some commercials he was filming. Awards. Reunion show. We skirted around politics. The world was in flames but dammit all, he was chummy as ever. He eyed my hair, my dirty clothes. He said I’d been raised better than that. Like he knew.

At some point, we both realized there was nothing to say. Our sitcom had been cancelled long ago. I stood up and shook his hand. I surprised him with an awkward hug. Then I went to bury an old friend.