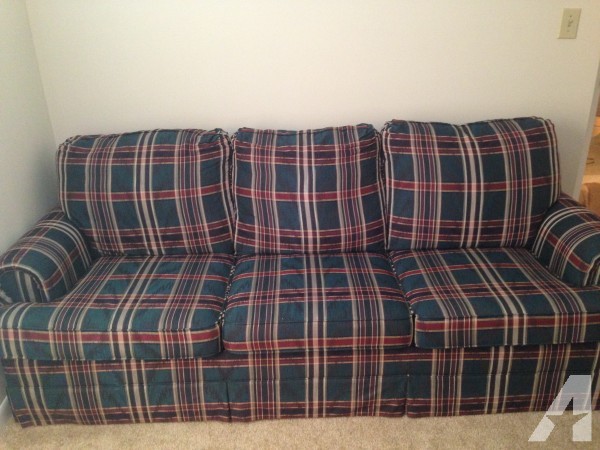 Nick sat at the edge of the couch, ignoring the sports talk on television. He set his beer on the sticky wooden coffee table, ran a hand through his hair, as though to catch his fluttering thoughts. A casual breeze swept in the cigarette smoke from the open window.

Nick was thankful he’d quit when Dakota was born nearly three years ago.

A crush of a beer can. Steve burst in from the porch, putting an end to the pity party.

“You need another one?” Steve asked, clomping down the hall. His old friend seemed downright giddy with the new arrangement. Just like old times. Sure, Steve granted, it sucked about the old lady and all, but they might as well have a drink. He returned promptly with two more beers in tow

“Dude, Zach and Ricky are on the way. I told them you were over and needed some company.”

Nick broke away from the television and took in his friend. Same jeans, less hair. More wrinkles but otherwise it could have been 2011 all over again. The plaid couch was rough and smelled like a gym sock. A few new stains to go along with the ones he remembered. His eyes roamed the walls. Posters and sports memorabilia, the same wilted cactus on the mantel.

So many times while changing a squishy diaper or dealing with a meltdown he’d looked back on the old days with a pang of envy. Of the drinking and good times. Now, cracking another warm beer, here he was, living the dream.

Steve plopped down beside him, took a generous slug of his own beer then slapped his thigh. “I know what you need. Shots.”

Maybe he did. He’d arrived last night after the big blow out with Jen. More bickering about the bills, something about helping out around the house. Then everything went nuclear. Nick could still see his son’s face in the window, chin in arms, as he pulled out of the driveway.

He checked his phone, thinking how Jen was reading a book to a freshly washed Dakota. The baby was probably nestled in his crib. If he had any sense he’d suck it up and do what needed to be done. Instead he got to his feet and stretched.

Steve’s kitchen was only tolerable in the wash of a beer buzz. From under the strobing florescent lights the lime green floors showed scabs of ketchup and dirt patches that clung to his steps. Mysterious smells loomed from dark corners. Nick thought about the weekend home improvement projects with his wife, how cute she looked with paint on her cheek.

From the freezer Steve produced a bottle, and Nick felt his throat tighten as his friend uncapped the bottle, still offering his council. “Dude, I like Jen and all, but she’s trying to change you.”

Nick studied the nicks in the countertop, the discarded beer caps, clouds of cranberry stains. Certainly nothing had changed here. From the fake plant in the corner to the curled drinking pictures on the yellow fridge. The place was a time warp.

Steve continued with the wisdom as he cracked ice cubes from the trays, tossed them into scarred Philadelphia Eagles glasses. “She’s got to realize who she married. She’s got to love you for you, you know?”

The ice popped in the wash of bourbon. Steve slid one glass to Nick. Nick took held it as he filled the second. They clinked glasses in what Nick felt was the saddest toast in the history of toasts. The bourbon scorched his throat and he suppressed a cough.

Steve cranked up the music and they fired up the Xbox. Zach and Ricky showed up with two giggling girls, wearing laughable makeup and mischievous smiles. The music got louder. By ten—when Nick was usually tucked away in bed, he was dancing in the living room, talking loudly over his thoughts and laughing as Steve relived old stories.

Someone mentioned Kimble’s, the old hangout down the block. Twenty minutes later they were trooping down the dark street. Steve slung an arm around him. “It’s good to have you back, man.”

The bar was loud and there were less familiar faces. More girls with makeup. Vodka bottles glistened behind the bar. Nick switched back to beer while Steve studied his phone. Nick wondered if it ever got old to his friend, if he ever wanted to meet someone and settle down, or if this was it, nothing more. Zach slid down beside him at the bar.

Nick shrugged. Zach adjusted his cap. The baby of the bunch, Zach was 34 and beginning to show the tug of age. His baggy polo shirt and backward hat were at odds with the graying beard and the slight gradations under the eyes. When they’d first started dating, Jen loved to go out and have a good time. By the time Dakota came along they were lucky to get out once a month. Now they never went out.

Nick took a defiant slug of his beer. Zach rested his arms on the bar, turned up his palms.

“So when are you going to call her?”

Zach turned to him, lowered his brow, sliding his empty bottle from one hand to the other. “Nick, it’s good seeing you, really,” he said, glancing down the bar where Steve howled with laughter. “Trust me, I know that dude’s glad to see you, but, come on man. You and Jen? Don’t throw that away for….”

His voice trailed off. Nick stared at the bar. Worn from use. How many men had come here instead of home? Damn, Nick laughed, I’m not even original.

Nick rose without another word. He brushed past the strangers in the dark. Outside the night air was cool and fresh. The moon glowed under the clouds and Nick thought about camping. He’d been waiting to take Dakota but Jen had been hesitant. Before he knew it he’d punched her number. He swallowed, tried to keep his tongue nimble. No slurring.

Straight to voicemail. He left a message, carefully, then turned to go back in the bar but stopped. The music pulsed. Through the window he watched Steve toss his head back in desperate laughter. Zach groping on one of the girls. Ricky having a fierce conversation with the bartender.

Nick walked. He shuffled down the sidewalk with a belly full of liquor and beer and rotten memories. Swimming in bourbon, his thoughts drowned in regret. He wanted to be a good father to his son. When he thought about Dakota waking up and asking where he was his chest tightened. He called Jen’s phone again. This time she answered on the first ring.

“It’s nearly one in the morning.”

Her voice was scratchy and tired. He thought about her warm body under the covers, the smooth feel of her calf on his leg. He pinched the bridge of his nose.

The silence gripped his ear. The fight had been so stupid, amplified by a hectic schedule full of rushed moments and irrational crying fits and fussing. Moments he so dearly missed as he fell against a lamp post. “Look, Jen, I’m sorry.”

More silence. He spoke to fill the void, to keep things afloat. “I’m sorry about the fight. And I’ll put my dishes away.”

A loud truck grumbled past. Nick thought he heard the hint of a chuckle on the other end. There might be hope.

“And your dirty clothes. You’re doing laundry for a week.”

He pushed off the pole. Stuck a finger in his other ear because of the traffic and noise from the band, which from outside sounded like a truck hitting a dumpster. Thoughts of sleeping on that plaid couch lent an urgency to his tone. “Don’t make me stay out with these guys. I really need our bed.”

“Oh you’re so sleeping in the guest room.”

“So you’re saying I can come home.”

“You’re going to wake up the kids.”

“Dakota has school. You have work. Jesus, Nick, what are you doing out so late?”

An argument approached, ready and willing. He had to act. “I want to come home. I love you.”

“You always snore when you get drunk.”

She let out a sigh. A group of college kids hurried past. Nick stopped walking. Hoping.

“You’re not off the hook you know.”