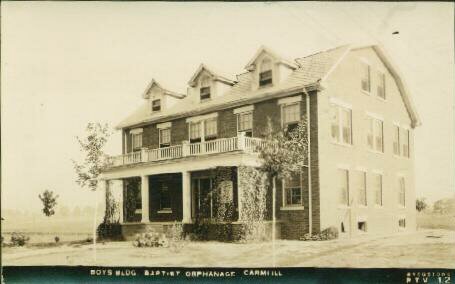 It wasn’t the first time I’d awoken to a gunshot. Miss Baker liked to scare the bejesus out of us. It worked too.

“Keeps you honest,” she was fond of saying, putting two bullets in her ivory handle .38, spinning it shut, then pointing it from boy to boy.

Most of us who’d been at The Baker place long enough knew how to patch walls and paint long before the state workers ever came snooping around for inspection. But those new boys always screamed. Even the big and tough ones.

Rumor had it not all of those bullets were in the walls. That she’d buried a few boys in the back yard. So when I heard the old crow’s footsteps clacking down the hallway, stopping in front of me and Chase’s door, any courage I’d mustered hitched a ride with the gentle breeze on a summer morning.

I flopped over on my side, squeezing my eyes shut. Balling up my sheet in my fist as a soft cloud of talcum powder fell over me. The wheeze of her breath hit my neck. Something cold and hard on my neck.

The hammer clicked back and I nearly wet the bed. That would get you some closet time in Miss Baker’s house.

“Mornin’ Harris,” Miss Baker said in a rasp that was like a thicket of briars scratching against my eardrums.  “Do you have your lines for me?”

Miss Baker said every day should start with scripture. So each night we were given a passage with our supper, one that we’d best learn by heart by morning. The only problem for me was that I’d snuck off and gone fishing with Chase in the night. Then he’d run off like a thief. I’d been too chicken to follow him, so instead I’d snuck back into the house, just knowing I was about to find Miss Baker sitting in my room with the belt.

Now, as I looked over at the lump of pillows in Chase’s bed I could hardly blame anyone but myself. And Miss Baker must’ve knew I was stalling, because the nose of her .38 slid across my neck and touched my nose.

Some mornings, when I knew my lines, Miss Baker could be so warm and sweet so that I’d almost forget that she’d put my arm on the stove after I got into a fight Joe Liscomb. Or that she’d made Lee Chalmers choke down toilet water after she’d heard him swear. Nope, sometimes, if the spirit hit her just right, she could be sound so sweet that you’d almost forget that she’d tried to blow your head off with a six shooter only a few days ago.

And I usually did know my lines, unlike Chase who’d recite Abbott and Costello so that he could get a shiny new lump on his head.

I took a shaky breath. A tear fell sideways, over the bridge of my nose into my other eye. I wished that I was back living with my rotten mom and her drunk of a boyfriend. I wished that Miss Baker would fall over dead. I wished Chase was back from his adventure.

Chase was the bravest soul I’d ever met. And Miss Baker made him pay for that spark of life in his eyes. She’d tried her hardest to beat it out of him. Thumped him so bad one time that I thought she’d killed him, but a few weeks later he was same old Chase again. When Chase was around everyone was a little happier. Talked a little more. But it was awfully quiet right then in my bedroom. And I knew there were ears up against the other side of that wall.

Miss Baker took my arm. Pulled me up slowly. I tried my best not to look into the endless black pits on either side of her crooked nose.  Or at the gun cocked and aimed between my own eyes. Only one bullet in that chamber gave me okay chances, but chance hadn’t done me any favors yet.

Her hand came hard and vicious across my cheek. “But for the cowardly and unbelieving and abominable…”

I was praying so hard I could feel my eyelids creasing. Just waiting for that bullet to find my brain when Miss Baker hit the floor with a thud. The gun fell into my lap hard and heavy, still hot from her shooting up the house. Then I saw Chase with the broom.

“Shoot that old crow!” he cried. I took the pistol, my hands shaking too hard to aim. The others were crowding the doorway to the room, urging me to pull the trigger.

We all knew she was going to kill us if she ever got that gun back in her hands. But still…

Miss Baker lay wriggling on the floor, moaning and carrying on from where Chase had knocked her woozy with that broom. Her dress had gotten all wrapped up on her knee, revealing greenish, veiny legs. She managed to look up, those dull eyes now grayer than black. A hand came for the gun—for me. Blood seeped from her mouth, settling into the corners of her dried, lifeless lips.

My mouth bled too. From her swat to my cheek. The blood went well with the gun smoke in the house. But that gun felt like a rattlesnake in my hands.

I did it. I pulled the trigger. Only luck served Old Miss Baker well. The snap of the hammer that would have sent a bullet in her head.

By the time the cops got there Chase had bounded Miss Baker with his belt and gagged her with a scarf. One of the officers said I’d have been right to shoot her, seeing the looks of things. He snatched the gun from the floor, flung it open and picked out that single bullet from the chamber. Then he pressed it into my palm for a keepsake.

The Red Cross people could only shake their heads. Gave us blankets and food and called us poor babies.

Chase and I rode off in the same car, both a little too riled up for words. He looked at me a little different after that day. They all did. After the click of the hammer on that pistol. That bullet in my fist.

I plan to return that bullet to its rightful owner. I carry it with me to this day. Figure when I see old Miss Baker again I’ll have it ready. Maybe I’ll quote some scripture too.