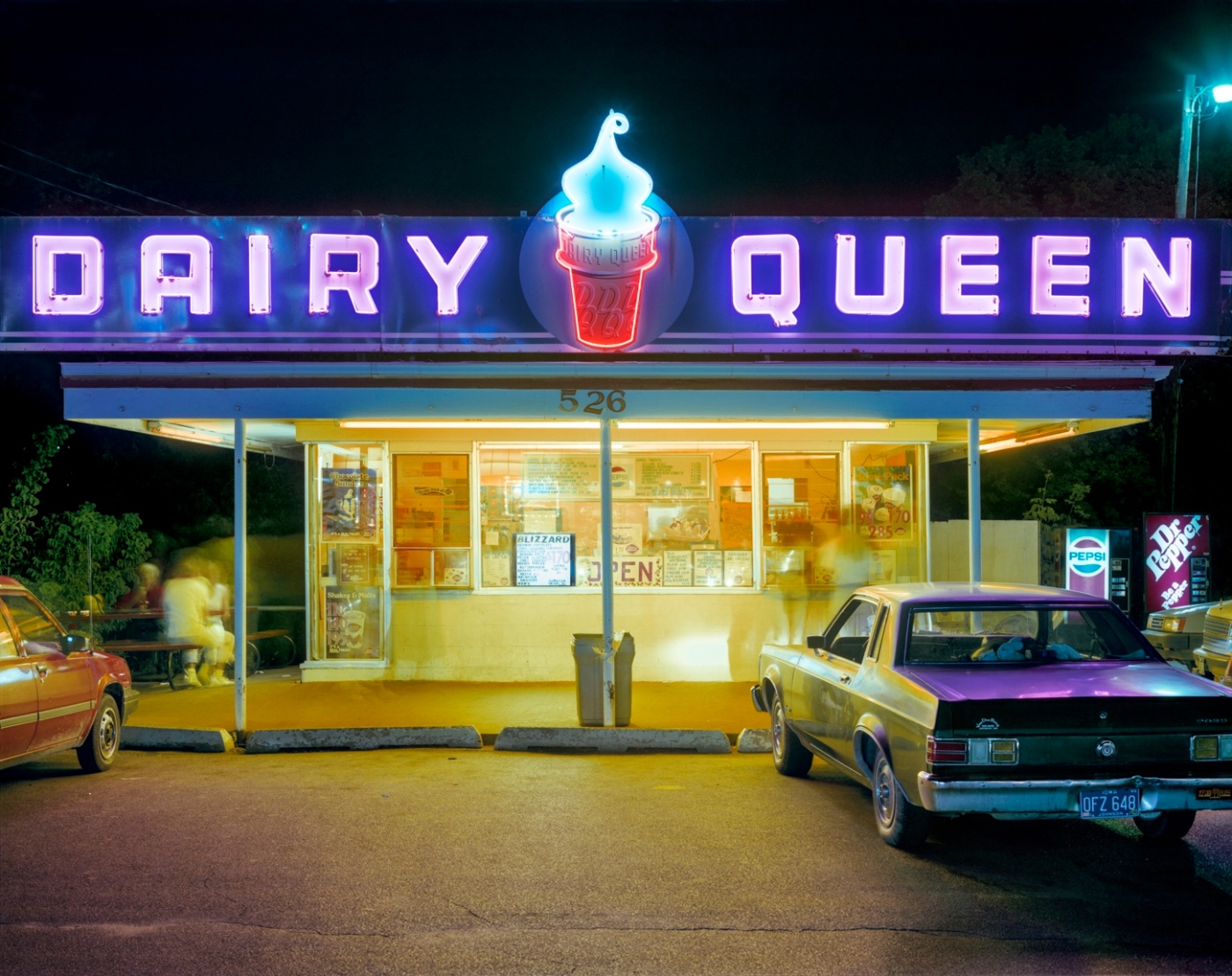 Devin reached for the oh crap handle, hanging on as I swung the Chevette into the Dairy Queen lot. The bald tires screamed, joining the chorus of Robert Palmer’s “Addicted to Love” rattling through the cheap door speakers.

Devin nodded as he figured out the clue. “Ah, right. Bovine Royalty.”

The place was packed. With school fast approaching everyone wanted to get out for a few last days of freedom. My gaze happened upon the lovely Michelle Dryson sitting with her friends at a picnic table, sharing a basket of fries. What a fox.

Devin nudged me from such thoughts. “Okay, Loverboy, let’s do this.”

WGOL had been running the scavenger all week. Far as we knew, Devin and I were snagging all the clues. We’d found blue eggs at the Mind Scramble Arcade, then a pink one inside the Nelson Plaza phone booth. The most difficult yet had been the yellow one in the back row of the Cineplex 3. We’d worked for that guy, getting drenched by an icy Dr. Pepper as we fumbled over and under the seats during a matinee of Top Gun.

Now I was lurking around a toxic smelling dumpster, trying not to step in the filmy rainbow puddles leaking from the sides. This was it, we were on the hunt for the grand prize—rumored to be a Pioneer Laser Disc player.

I searched the area for trouble. We certainly didn’t need Barry Swenson and his gang of doofuses crashing our party.

And we were hurrying when the trill of Eddie Van Halen riffs filled the lot, as Barry’s Chevy conversion van came barreling towards us. A cloud of weed smoke pillowing from the windows.

I whistled at Devin. “Too late, get away from the dumpster. It’s Scary Barry.”

They must have been following us all day. Letting us crack the clues only to swoop in and snag the prize. I could see them now, watching Blade Runner on Laser Disc. Figures.

Barry leaped out from the driver’s side, his football jersey shimmering in the sun. “’Sup dudes.”

A giggle from the picnic tables. Michelle swept her bangs from her hair, her rubber bracelets riding up her forearm as she came sauntering towards the van. Man, some guys have all the luck.

“Nice ride.” Barry nodded as Michelle handed him her milkshake. Everyone got a chuckle out of Mom’s car.

Devin came out from behind the dumpster, holding up the golden egg. I could have killed him. All our work in the toilet as one of Barry’s meatheads waltzed over and snatched the prize from Devin’s hand.

Barry nodded. “Thanks for the help, dorks.”

He opened the side door. Michelle and her gum-chewing friends piled into the vans. Another slurp and he hurled the milkshake at me, where it exploded on my shirt. Splat.

I shot a death glare to Devin, sticky and dripping in the lot. I wish I could say it was the first time I’d had a shirt full of milkshake. It wasn’t.

Barry’s van peeled away. Devin called me over to the dumpster. “Uh, Dave?”

His voice was kind of shaky. “So I gave them the egg, because… ” He motioned for me to come. “Dude, check it out.”

I stomped over, through with scavenger hunts, ready to go play some Atari. Then I saw it. At Devin’s feet sat a giant egg. Only, it was a real one. Sort of looked like a rock.

“What the—” The thing was cracking, hatching before our eyes. “Whoa.”

Some gunk, snot-like stuff as a turtle, a prehistoric looking thing broke through. It’s reptilian neck long and scaly as he peeked out, eyes blinking before it let out a cry.

We bent down for a closer look. I turned to Devin. “It’s hungry.”

It was rad, a turtle, thing, and it was was reaching for me. It climbed up to me, started licking my shirt.

“You have to like, nurse it, man.” Devin gestured rocking a baby in his hands.

The turtle cried out again, so I picked the little guy up, his little feet softer than I expected. He started suckling on my shirt. It tickled. “He likes it.”

“You mean, keep them?” Devin nodded. Three more trembling eggs. “I think he has brothers.”

I looked down. Little guy had milkshake on his nose. “We’ll keep them, too. Feed them pizza and teach them karate.”

We inched towards the eggs, sitting in the toxic sludge. Barry could keep the laser disc player.

One thought on “Dave and Devin’s Toxic Adventure”