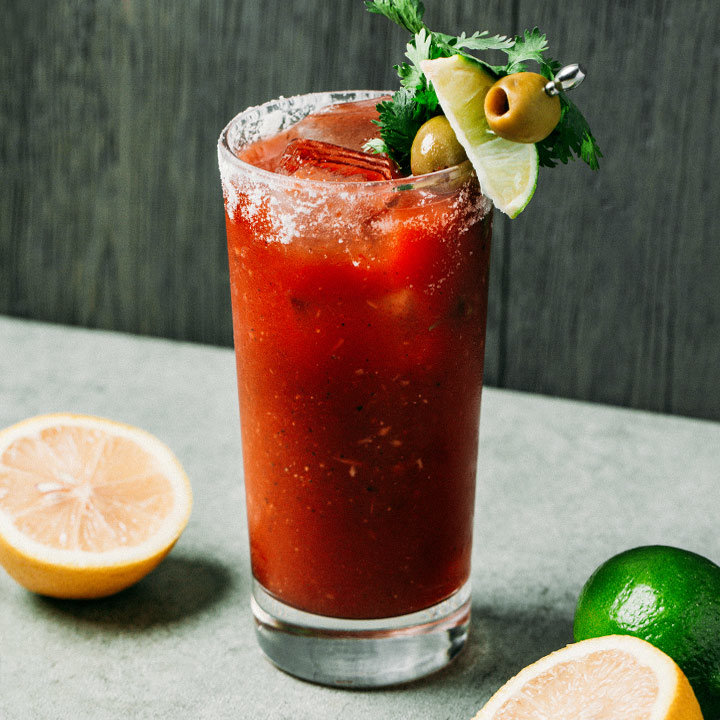 Harold arrived at the Black Cat Tavern around dusk. He wandered to a quiet corner booth, ordered his customary Bloody Mary, and looked over the menu with a yawn. He’d worked the last three nights at the plasma center and hadn’t slept much since the new neighbors had moved in upstairs and ran what sounded like a day care center. But his drink arrived, and a few sips he rolled his neck, relishing the surge of magic flushing through his limbs.

Night fell over the windows. Harold regarded the fleshy tomato film of his empty glass. Another shot. Another drink. The after-work crowd came in with the breeze, the TV’s muted as music and banter took center stage. Harold wiped the spit from his mouth. His cape came loose around his neck. When he stood he felt like he was flying.

He waved down another drink and was warned to take it easy. The buzz wore off as a heavy emptiness settled in. Harold cursed his lot in life. He cursed his endless immortality, his insatiable thirst for love, his darty reflection and those decrepit Twilight movies with the clueless teenagers and their exhausting angst. He cursed turtleneck sweaters. His tiny bladder.

A sheen of sweat covered his forehead. He got to his feet and headed for the urinal, sidetracked by the ladies and their flighty laughter, their pretty smiles now attainable. Harold sauntered over, from table to table, telling jokes, mixing punchlines, names, the laughter spinning around the room and the music calling him to dance.

Drinks. Harold bought a round for everyone. He’d made a killing—ahem—fortune through the Black Plague, when there was money to be had for those immune to death. He recited Old English poems, lavish stories of the middle ages, quoted Beowulf and Shakespeare until the coeds took to their phones in boredom. He lost his cape, then found it balled up in a stall later when he staggered into the bathroom. His hair was a mess, no longer a peak but a madman’s nest. His eyes drooped, he’d come undone by a song. He explained to a group of Pegan bikers of his father’s abandonment. His lack of killer instinct.

At last Harold returned to the booth, his glassy stare lingering on a girl at the next booth with a pixie cut. She had a mouthwatering neck, graceful as a swan, and with each new drink (he’d switched to vodka tonic after sniffing out garlic cloves), came spritzy promises and delusions. Ensnared with this fantasy, Harold brought the glass to his mouth—greedily, no longer a toast but a dare—ready to knock back and dream, when the glass cracked against a canine.

A hand to his mouth. The girl asked if he was okay. Harold was dumbstruck by her wide eyes, her white teeth. He smiled, a lopsided venture, picking up the broken pebble. The girl laughed, slid across from him in the booth. Harold ran his tongue over the rough terrain of the stump in his gums. He was pretty sure they were having a moment.

Harold was summoned. His name called, a clap on the back as he stepped up to the stage, fueled by liquor and adulation. Blurred by tears, shaken by the mishap with his tooth, but bolstered by the pixie girl’s plump jugular veins, Harold closed his eyes. His cape reeked of urine, and he knocked the mic stand to the floor when he’d flung his cape, bud amid laughter and jeers, he gripped the microphone.

The soft rock rippled through the speakers, the girl looked on. This, this was what he lived for. To give the crowd what they wanted.

Harold ran his tongue over the scrape of his broken tooth.

“I was tired of my lady… We’d been together too long.”