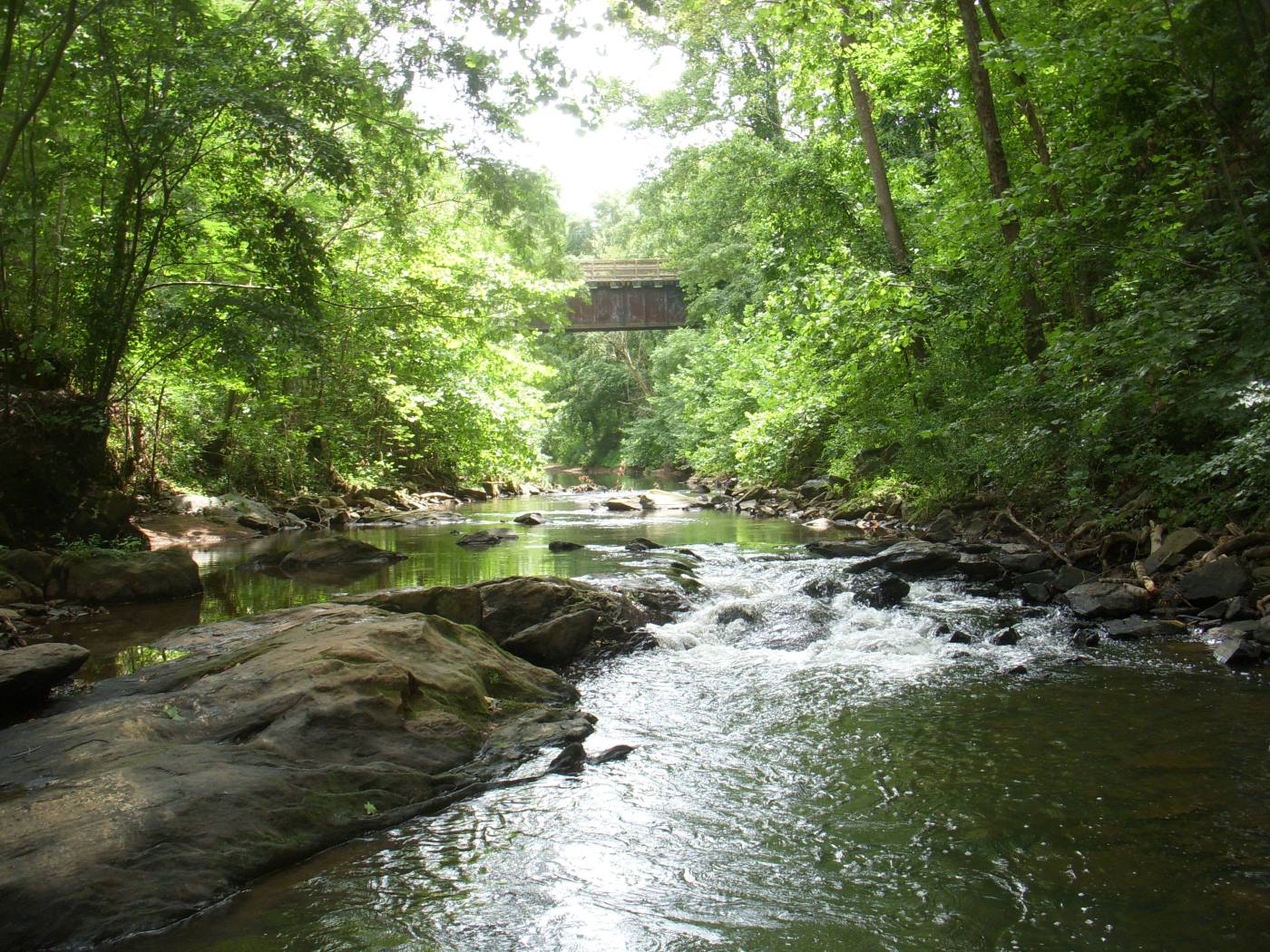 Someone once said that seeing a turtle on your wedding day would bring good luck. But like any shotgun wedding, the good luck has already been had. All that’s left is the settling up.

We were down on the creek bank. Buck and Chuck and yours truly, maybe three hours before the gallows. It was already roasting, even in the shade, and the creek had something of a twang to it. Buck was hitting the bottle on account of being about to get hitched. He was set to face Stella, Mr. Kemper’s wrecking ball of a daughter that afternoon.

He had only himself to blame after her daddy caught them tangled up in his Ford. Then Stella’s belly swolled up like a beach ball and it was choosing time–vows or bird shot for poor old Buck.

I’d been deemed the best man in the whole dastardly affair, so a few sips of hooch were coming my way. Chuck wasn’t much help at all in the moral support department, hanging off a limb and trying to catch a fish with nothing but a stick and some string and the last of some rotten chicken livers.

Chuck was having a good old time over there, humming along as he jiggled the string around the water, chewing on a piece of straw and giving Buck an earful of grief about what he could expect, post-nuptials. Chuck had sealed his fate last fall, and seeing as he was the expert among us when it came to marital affairs, he took it upon himself to add to the sweltering with his blathering.

“Trust me, your fishing days are over, Bucky.”

He was only fishing for trouble. While Buck sat slumped on that rock like something melted, forlorn and swigging on that bottle, his face splotchy and his hair like some old trampled hay. I was beginning to think we’d have to carry him to the church when Chuck squealed.

Wrapping both hands on that stick, it creaked with a bend but held. I could see it wasn’t a fish he had on that line but a snapper. Chuck fought on anyhow, his forehead glistened as the straw fell from his teeth. I scrambled over to help and we got that sucker up.

We got it situated up on the bank and Chuck held it tight. It was snapping and hissing and Chuck started calling it Stella. And I guess that’s when Buck reached his breaking point.

He was up in a second, charging over and plowing Chuck clean into the creek, both of them flailing and splashing in the muck. That’s how we lost track of Stella. But she knew exactly where to find Buck.

Honestly, I had no idea a man could find that kind of pitch. By the time we got Buck to the house my ears rang from all of his wailing. We laid him out on the grass, his face scrunched tighter than a double clinch knot. It wasn’t long before we had us a crowd.

Mrs. Kemper, who’d been seeing out her linens on the line, joined in with the screaming when she saw what had happened. Soon the others came. Louie Stinson’s hounds got going something awful by it, and of course it being Saturday, Mr. Kemper was just getting back from his mail run, so he got in the fuss too.

The old mail jeep slid to a stop, its shocks squeaking as the robust mailman disengaged himself from its clutches. By then Buck was in shock, and kind of reminded me of that glass-eyed snake preacher on the other side of the mountain, speaking in tongues and such.

Mr. Kemper waltzed over and fixed his belt, a satisfied grin blooming through his fleshy face.

“Well you done finally put that pecker in the wrong place boy, havencha’?”

Buck could only moan. Mr. Kemper nudged the slimy turtle with his foot but it stayed clamped shut, locked down tight on his crotch. Right on the wedding tackle.

I shot a glance to Chuck, just as Stella bust out of the house. Her hair was up in curlers and if I’m telling the truth she didn’t look half bad, glowing and all.

Stella yanked the mailman back while Buck groveled in misery, paler than the dawn sky as he wriggled around something terrible in the grass. I took a step back. Stella covered her mouth. I shook my head ‘til my neck hurt, but she pointed straight at me.

For a second I envied Buck. I mean, even with his fragile parts in that turtles beak. Mrs. Kemper gasped. Mr. Kemper balled his face up, glanced to the ground, then proceeded to yank that turtle off of Tuck’s fragile parts. Buck howled, but Mr. Kemper came for me with that big old creek turtle in his hands. From that angle it really did favor Stella.

“You been kissing my daughter?

I don’t know much about kissing, but I wasn’t about to step in for Buck and exchange nothing with Stella. So I did what anyone would’ve done, I jumped in that mail truck and mashed the gas.

Cans and streamers trailed behind me. Hank Williams wailed about city slickers. And being on the wrong side of the car it was hard to negotiate the turns. That hooch didn’t help much either, and it wasn’t long before I had that old Willis up on two wheels then rolled over on its back. After that it was lights out for me.

I’m told the wedding went on as planned. That the mailman’s daughter went on to have several little Bucks that harassed the county for the next couple of decades. But that’s just what I heard. I don’t get too much mail around here.

They piled it on in the courtroom. Said that I had to pay for stealing and smashing up a postal jeep. For kidnapping an overweight bunny with half inch incisors. For mail tampering and even fishing without a license and so on. So there you have it. Buck got Stella and I go 10-20 in a federal prison.

I still say I got off easy.