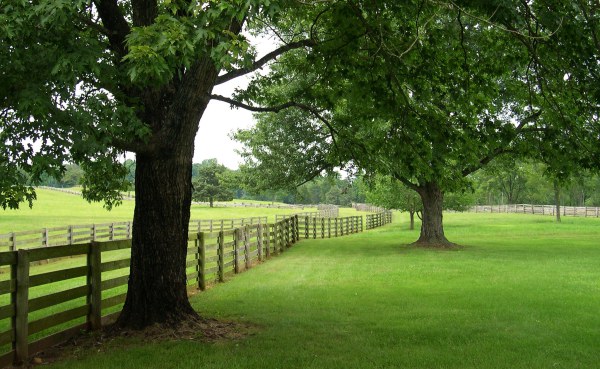 The gig with at the Appomattox Courthouse was the perfect way to spend the summer. History. Outdoors. Acting. As far as becoming a Civil War reenactor went, getting paid was just a perk.

I caught on quick as Private Edwin Francis Henny, Second Corps of Northern Virginia. And I can honestly say, I learned more in a week than I had in all my years in a classroom.

My boss was General Jubal Early—Old Jube, we called him. The guy was a regular showman. Middle aged and round in the belly, I think he was an insurance underwriter or something by day but came out to do battles on the weekends. And once Old Jube got all suited up–his buttons sparkling glittering in the sun–man was that guy something to see.

It was my first day that he mentioned the ghosts. In his manufactured southern drawl on a tour of the grounds. A figure of speech, I figured, like ghosts of the past. It was after all, hallowed ground out there. The place was so ripe in lore and story that each morning, seeing the fog rise from the battlefield, the log fencing, the stoic cannons lining the grounds. I could almost hear the place speaking to me.

Young and single, I often stayed late to help out.

I was alone out there one evening, doing some edging on the walkway out back of the McLean House. It had been a typical July afternoon in Virginia—a hot soggy mess of a day that was only just starting to give way to a gentle, honeysuckle breeze.

I was lost in my work. The kid in me always kept one eye out for artifacts. And that’s what I was hunched over doing when I got walloped on the back of my head so hard I swallowed my chew. I hopped up, rubbing the back of my head.

“Who’s there?” I called out. A clacking from over near the slave quarters. I stood up, taking a swig from my canteen before marching over to inspect.

I suspected Joe from the gift shop. Or Clyde who did the grass. Both liked to prank. I wiped my brow, taking a peek in the kitchen. I didn’t have a key and the place was all locked down for the night.

Just when I turned I was walloped again. Hard. This time it knocked my cap clean off my head. “Son of a bitch,” I called out.

That put some piss in my step. I loped about the side of the quarters, hearing only the winding of the katydids.  The trees rustled and I slowed my steps as I stepped through a patch of cool air that cut through the humidity.

I turned back. That’s when I saw what could never be reenacted.

His coat was frayed and ragged, but his rifle was steady, glimmering in the emerging moonlight as maybe twenty yards separated his blue coat and my gray one. He had the barrel trained right between my eyes.

I put my hands up. “What are you doing?” I asked. Hunters sometimes drifted off course, this being the county and all. But that’s not what was going on here.

He didn’t move. Only a sharp silhouette against the freshly painted white clapboard. Real as anything I ever saw. I heard his pants. Saw the plume of his breaths Then his stance shifted. He lifted his head.

His voice was jagged. Raw with emotion. We’d all heard the tales of the reenactors who took their roles too seriously. A few years ago there was a news story about a lunatic who had used real musket balls. But we didn’t have many black reenactors that I knew of, and the soldier’s unblinking eyes screamed with horror.

A train roared in the distance. The union soldier motioned the rifle to the ground. I lowered to my knees. The last bit of horizon bled through the trees that caught what could’ve been my last breath.

And then it was over.

He dashed into the field and disappeared into the shadows. I heard horses galloping off.

I’m not sure how long I sat out there sweating in the moonlight with mosquitoes tearing at my neck. But at some point I gathered myself and ran off for my truck.

I took a few days off. When I returned on Saturday I spoke to Old Jube. He was eating a General’s breakfast of sausage gravy over two open face biscuits. He looked pleased that I was feeling better. I told him about my encounter. He took a pull of his super-sized sweet tea and then fiddled with his mustache.

“So you met Garland.”

He led me over to the wall, lined with framed pictures of regiments. After a search he nodded to a recruitment letter calling all Colored men offering protection, pay and a call to military duty.

“Here it is,” he said, tapping a grainy photo. “Private Garland Hills. Escaped from Petersburg in 1864.

I recognized the desperate stare in his eyes. Old Jube clapped me on the shoulder.

“You should feel honored,” he said with a grin. “He shot at me.”

3 thoughts on “Honored At Dusk”